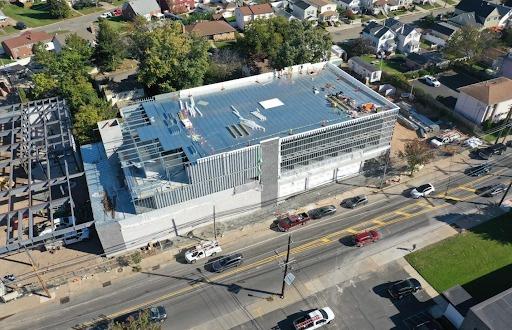 The development is located on 1.89 acres of land at 112 New Brunswick Ave. When it was finished earlier this year, the facility offered 96,600 ft.2 of self-storage space as well as 3700 ft.2 of retail space.

The deal ended up moving forward because the densely populated location was a great fit for a much-needed self-storage facility that would instantly begin filling up. Blank saw this as an opportunity for the project to take off and grow in a high-traffic area, and before the project was finished, an investor came in and purchased the entire project on the condition that it be completed.

Interest in self storage is increasing.

The growing self-storage industry is one Blank has found success in while working with the Poverni Sheikh Group. While there have been some minor hiccups in residential and retail, the self storage industry has grown at an exponential rate.

Space is even more scarce in densely populated areas. Taking advantage of opportunities to build self-storage facilities in areas where people can easily access what they put in their unit. Customers heavily consider location when shopping around for the right facility. With land on the outskirts of town being less expensive, having a large self-storage facility closer to residents creates a significant selling point.

Once the location in Woodbridge was secured, Blank acted quickly to start raising funds to get the project going. The equity closing occurred in October 2019, and the project acquisition occurred in March 2020. Investors were ecstatic when Public Storage (PSA) sent over a purchase agreement for $23,500,000, a significant increase from the construction price of $15 million.

With the construction nearly completed, the only thing left on the project was interior work and systems inside the facility. The occupancy permit has been issued, and the lease-up has begun.

Everything about the project was on budget. Some of the expenses of the project included engineering fees, architectural and general contractor fee. Blank was able to secure a significant return on their initial investment beginning at the end of 2019 and ending in early 2022 for those who invested early in the process.

Over the years, he has specialised in the Mid-Atlantic region of the United States. The area continues to grow, necessitating the constant need for new storage units capable of meeting the high standards that many have come to expect. Storage facilities aid in the safekeeping of valuable and costly items. Blank ensures that all of the group’s self-storage projects live up to the high standards set by his past.

Blank will continue to put together self-storage opportunities through the Poverni Sheikh Group.

Ryan Blank is the Poverni Sheikh Group’s director of business development and investor relations. He is in charge of expanding PSG’s capital partnerships, particularly with self-storage companies. Throughout his life, he has extensive experience working for internet and financial start-ups, as well as working in real estate investing. In his spare time, he enjoys playing poker and has competed in several professional tournaments, including the World Series of Poker Main Event.

How Eric Oberembt Transitioned From Imprisonment to Inspiring Others

What Makes Mr. UAE 2020 (Faisal Khan) Stand Out in the Industry of Influence